NOTE: 3PM PERFORMANCE IS SOLD OUT

Aaron Berofsky (Violin) has toured extensively throughout the United States and abroad, gaining wide recognition as a soloist and chamber musician. France’s Le Figaro calls his playing “beautiful, the kind of music-making that gives one true pleasure.”  He has appeared in such renowned venues as Carnegie Hall, Alice Tully Hall, the 92nd Street Y, the Corcoran Gallery, Het Doelen, L’Octogone, Seoul National University, the Teatro San José and the Museo de Bellas Artes. As soloist, he has performed with orchestras in the United States, Germany, Italy, Spain, Korea and Canada. Highlights include performing a cycle of Mozart violin sonatas at the International Festival Deiá in Spain and all of the Beethoven sonatas at New York’s Merkin Concert Hall.  His recording of the complete Beethoven sonatas with pianist Phillip Bush has been met with great acclaim.

Philip Bush (piano) has established a performing career over the past three decades that is noted for its remarkable versatility and eclecticism, with a repertoire extending from the 16th century to the 21st. Since the launch of his career upon winning the American Pianists Association Fellowship Award and subsequent New York recital debut at the Metropolitan Museum of Art in 1984, Mr. Bush has appeared as recitalist throughout North America as well as in Europe, Asia and the Caribbean. His Carnegie Hall concerto debut with Oliver Knussen and the London Sinfonietta was hailed by the New York Times for its “impressive last-minute heroics,” as he substituted for an ailing Peter Serkin on short notice in concerti by Stravinsky and Alexander Goehr. Mr. Bush has also appeared as soloist with the Osaka Century Orchestra, Cincinnati Symphony, Houston Symphony and a number of other orchestras, in repertoire ranging from the Beethoven concerti to the American premiere of Michael Nyman’s Concerto for Harpsichord.

Timothy O’Malley (cello) was first introduced to the cello at the age of nine when he participated in a strings program in Tucson, Arizona. Since then, his studies have brought him across the United States and to Europe. While in high school he studied under Angelika May at the Academy for Music and the Performing Arts in Vienna and he received his Bachelor’s degree in Cello Performance from the Oberlin Conservatory of Music with Norman Fischer and Catherina Meints and his Master’s degree in Orchestral Performance from the Manhattan School of Music. He is formerly co-principal cellist of the Hilton Head Orchestra, was a full time core cellist of the Charleston Symphony, and is a member of Chamber Music Charleston. His Chamber Music Charleston performances have brought him overseas to the US Virgin Islands as well as Carnegie Hall. In May 2021 he will be featured with Chamber Music Charleston for the Musica En Segura Festival in Spain. 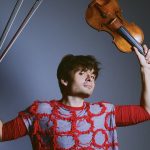 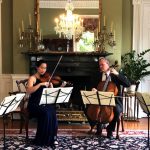